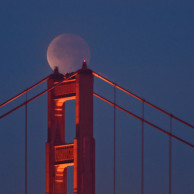 The alarm clock was ringing early today. The plan was to shoot the Lunar Eclipse over Golden Gate Bridge. For once, we were lucky since there was no fog covering the bay and the bridge. Initially, it was still very dark and, although the lunar eclipse was already in full swing, the moon was still END_OF_DOCUMENT_TOKEN_TO_BE_REPLACED 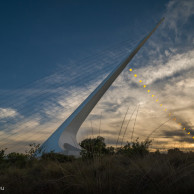 A few weeks ago, I photographed the annular solar eclipse in Redding. The original plan was to head up to Redding Saturday afternoon and have plenty of time for scouting. Unfortunately, we only made it to Redding early Sunday afternoon with little time left for scouting since the eclipse started around 5pm. I passed through the Shasta Lake END_OF_DOCUMENT_TOKEN_TO_BE_REPLACED 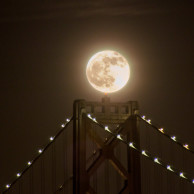 After the lunar eclipse this morning, we had a full moon tonight. For a long time we were wondering if this would be one of these nights where the moon is a no-show. But we got lucky and the fog was not that dense and laying rather low. We waited for a long time. The END_OF_DOCUMENT_TOKEN_TO_BE_REPLACED