How time flies! I took these images last Thursday night and intended to post them shortly afterwards. Obviously I got sidetracked, but now I am finally releasing them to the world. In 1915, San Francisco hosted the Panama-Pacific International Exposition (PPIE) which primary purpose was to celebrate the opening of the Panama Canal. But at the same END_OF_DOCUMENT_TOKEN_TO_BE_REPLACED 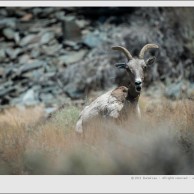 During my recent trip to the White Mountains, I was happy to finally spot the Sierra Nevada Bighorn Sheep. I knew that the previous day, some visitors encountered a flock midway up the Silver Canyon Road*. Since this was the route I had planned to take, I was hopeful to find some as well. Indeed, END_OF_DOCUMENT_TOKEN_TO_BE_REPLACED 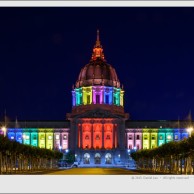 It is a longstanding tradition of San Francisco to use colorful lights to celebrate special occasions. Right now it is time to celebrate pride week. So the color scheme is simple: rainbow colors! In the past I have posted images of red and gold to celebrate the 49ers post-season run, blue and gold for the END_OF_DOCUMENT_TOKEN_TO_BE_REPLACED 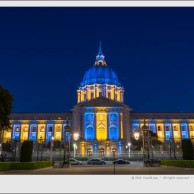 San Francisco illuminates its local buildings in different colors throughout the year to celebrate special occasions. I already captured some of them in the past: San Francisco in red and gold San Francisco basks in orange Festive San Francisco City Hall A few days ago, I drove by the City Hall all lit in blue END_OF_DOCUMENT_TOKEN_TO_BE_REPLACED 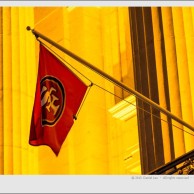 Not long ago, San Francisco was basking in orange (link) to celebrate the championship of the SF Giants, our baseball team. Now American Football gets all the attention where the SF 49ers are in the postseason.  If they win their next game, they will play the Super Bowl in New Orleans! Although the relationship between END_OF_DOCUMENT_TOKEN_TO_BE_REPLACED

Early November is fall color season in Yosemite National Park. Since last year’s winter was very dry, most waterfalls have dried up and the rivers are running very low. Maybe that’s the reason this beautiful park is not crowded anymore. Now is a great time to visit! I was in Yosemite about the same time last year END_OF_DOCUMENT_TOKEN_TO_BE_REPLACED 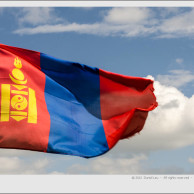 This post is part of my Mongolia blog post series.  This is the first of a series of blog posts of my recent trip to Mongolia with Jeffrey Chapman and David duChemin from Within the Frame fame. The 10 day trip started in Ulaanbaatar, the capital of Mongolia, followed by the ancient capital Kharakhorum and continued down to the Gobi desert and END_OF_DOCUMENT_TOKEN_TO_BE_REPLACED