A few days ago, I took some evening pictures from the San Francisco waterfront. This is the blog entry in case you missed it. Today, I went back but went past the Ferry Building to Pier 5. When I arrived at the end of the pier, I immediately knew that only a panorama could capture END_OF_DOCUMENT_TOKEN_TO_BE_REPLACED 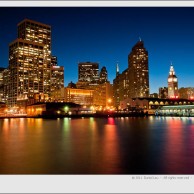 It is this time of the the year. The Thanksgiving feast is over, black Friday lines are winding down, and the Christmas trees lots are already set up. Yes, just an other four weeks until Christmas. Every year, some of the San Francisco downtown buildings turn decorative lights on to celebrate the holidays. This changes END_OF_DOCUMENT_TOKEN_TO_BE_REPLACED

2014 was an exciting year.  One of its highlights was definitely my first trip to China where I visited Guizhou Province and Shanghai. Many other trips were closer to home: journeys up and down the California coast, to the Eastern Sierra, to Tahoe, to Yosemite, to Oregon, to … Well, it was very fulfilling.  It END_OF_DOCUMENT_TOKEN_TO_BE_REPLACED

Tonight I went to San Francisco’s Embarcadero to take pictures of the moon rising behind the Bay Bridge. As it turned out, the conditions were great to spend a few hours outside and having fun. When I arrived at the waterfront, the moon was already fairly high up in the sky and perfectly positioned for END_OF_DOCUMENT_TOKEN_TO_BE_REPLACED 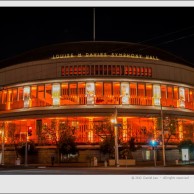 San Francisco celebrates the SF Giants post season run into the baseball World Series. Fans are wearing orange and black and several buildings in the city are illuminated with orange lights. This already happened two years ago when the Giants won their first title in SF. So I was ready this time to explore the END_OF_DOCUMENT_TOKEN_TO_BE_REPLACED 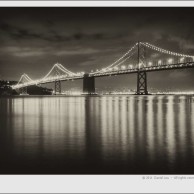 A few months ago, we were on a pier next to the Ferry Building during the evening twilight hours. I was taking some long-time exposures of the waterfront and the Bay Bridge. I like the feeling these black&white images provide. Image exposure times of more than a minute help to smooth out movements. The ocean END_OF_DOCUMENT_TOKEN_TO_BE_REPLACED