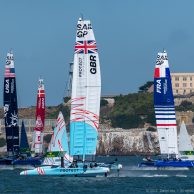 SailGP is Back in San Francisco – Practice Sessions

It is season 2 for the sailing competition SailGP and the event is back in San Francisco for the final races. If you have been in San Francisco for a few years, the boats will look familiar as they are based on older America’s Cup boat designs. It is so much fun to see these END_OF_DOCUMENT_TOKEN_TO_BE_REPLACED 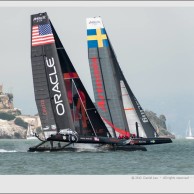 This post is part of my America’s Cup in San Francisco blog post series. Practice racing brought a lot of action, two boats even capsized.  If the wind stays strong, the competition will be very interesting to watch. 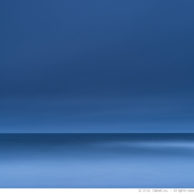 I spent some time today with a friend who wanted to learn more about solid and graduated neutral density filters. After some theory lessons, we went to the beach to practice. While my focus was not on taking pictures, I ended up with some keepers and a new project idea: Calmness Calmness is the mental END_OF_DOCUMENT_TOKEN_TO_BE_REPLACED 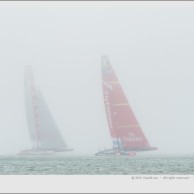 This post is part of my America’s Cup in San Francisco blog post series. Today was race 8 of the Louis Vuitton Cup. With a win, Emirates Team New Zealand could close the series. But the weather was much different than in the past few races. The wind was hovering just below 10 kts and the Golden END_OF_DOCUMENT_TOKEN_TO_BE_REPLACED 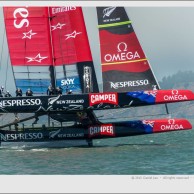 This post is part of my America’s Cup in San Francisco blog post series. Today was the second race of round robin 1 of the Louis Vuitton Cup. It was Emirates Team New Zealand (ETNZ) against Artemis Racing. Artemis was a no-show because they are still working on getting their second boat ready after their first one END_OF_DOCUMENT_TOKEN_TO_BE_REPLACED 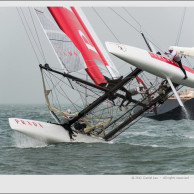 This post is part of my America’s Cup in San Francisco blog post series. After a beautiful but short Indian Summer, the weather changed today and at San Francisco’s Marina we had a complete whiteout this afternoon. With the outgoing tide and wind speed above 20 knots, the conditions couldn’t be more different to yesterdays practice races END_OF_DOCUMENT_TOKEN_TO_BE_REPLACED