We had reserved a cabin in Yosemite’s Curry Village several months ago without knowing what weather to expect. Late November is kind of in between seasons, a bit late for fall colors and a bit early for a snow covered winter landscape. While preparing for last weekend’s trip, we obviously checked the weather forecast and were END_OF_DOCUMENT_TOKEN_TO_BE_REPLACED 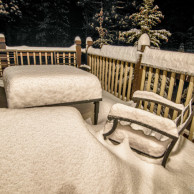 At the beginning of the day, the balcony and the surroundings were not covered by snow. A few hours of heavy snowfall, more than a feet of new snow accumulated. There is more snow to come during the night… 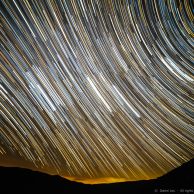 I hope this blog post finds you all well! I have been sitting on the selection of my favorite images of 2020 for way too long and somehow totally forgot to publish them. So here we go! Thank you for following my photography! Stay well, Daniel                   END_OF_DOCUMENT_TOKEN_TO_BE_REPLACED

It is this time of the year where one revisits the past 12 months. For me, among others, this means reviewing some of the 13,000 images I took during the year and select my favorites. Let me tell you that’s not an easy task! Already during the year, I pre select candidates.  But at the end, END_OF_DOCUMENT_TOKEN_TO_BE_REPLACED

I spent last weekend in the Eastern Sierra enjoying fall colors. It was a very delightful, although windy and cold, trip. Late Sunday afternoon, while I stopped at the gas station in Lee Vining, a few snowflakes started falling down. A storm system was moving into the Sierra. Since I didn’t want to cross 120 during a END_OF_DOCUMENT_TOKEN_TO_BE_REPLACED

This is the fifth time that I have made a selection of my 10 favorite images of the year. It is always a very informative and fulfilling exercise. Here are the links to the previous year’s selections: 2011, 2012, 2013 and 2014 My Lightroom catalog tells me that I took almost 20,000 images in 2015. END_OF_DOCUMENT_TOKEN_TO_BE_REPLACED

In the last 10 days, Yosemite and the entire Sierra Nevada received ample amounts of precipitation. Having some free time on hand, we decided to make a short trip to Yosemite National Park to experience what we haven’t been able to see in the last few years: Yosemite with plenty of snow! When we arrived END_OF_DOCUMENT_TOKEN_TO_BE_REPLACED

A while ago, my friend Regis challenged me to take part of the Five Day Black and White Photo Challenge. The aim is to post a new b/w image for five consecutive days and invite someone each day to join the quest. I have posted the images on social media, but thought it would be nice to END_OF_DOCUMENT_TOKEN_TO_BE_REPLACED

Due to the lack of snow I spent a day at the beach instead of a day skiing. It is really strange to wear swim trunks in January in Northern California and not to be cold. I enjoyed it, but hopefully I wont get used to this! At sunset I visited Seacliff State Park. They END_OF_DOCUMENT_TOKEN_TO_BE_REPLACED