A few weeks ago, I spent a weekend in Yosemite. It was yet another reminder how fast the weather can change. At 6pm the sun was shining, at 7pm it rained and at 8pm, the clouds parted for a beautiful sunset. For that sunset, I went to Olmsted Point since it provides nice views in different END_OF_DOCUMENT_TOKEN_TO_BE_REPLACED

In the last 10 days, Yosemite and the entire Sierra Nevada received ample amounts of precipitation. Having some free time on hand, we decided to make a short trip to Yosemite National Park to experience what we haven’t been able to see in the last few years: Yosemite with plenty of snow! When we arrived END_OF_DOCUMENT_TOKEN_TO_BE_REPLACED

A while ago, my friend Regis challenged me to take part of the Five Day Black and White Photo Challenge. The aim is to post a new b/w image for five consecutive days and invite someone each day to join the quest. I have posted the images on social media, but thought it would be nice to END_OF_DOCUMENT_TOKEN_TO_BE_REPLACED

Due to the lack of snow I spent a day at the beach instead of a day skiing. It is really strange to wear swim trunks in January in Northern California and not to be cold. I enjoyed it, but hopefully I wont get used to this! At sunset I visited Seacliff State Park. They END_OF_DOCUMENT_TOKEN_TO_BE_REPLACED 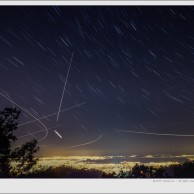 For a long time, I wanted to capture star-trails over San Francisco. I already tried several times, but the condition were just not right. Last night I went to the East Bay and I had a beautiful cloudless and fog-less sky. Perfect for a little experiment: Not everything went according to plan, but I am END_OF_DOCUMENT_TOKEN_TO_BE_REPLACED 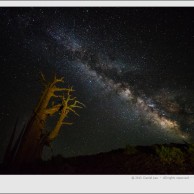 I love being outside at night and gazing at the stars. Due to the light pollution around big cities, only a small part of the night sky is visible. To avoid this, one has to travel far away to have a chance to see the dark sky glowing with stars and maybe even the milky END_OF_DOCUMENT_TOKEN_TO_BE_REPLACED

A few weeks ago, we spent a weekend in Yosemite. In the morning we enjoyed the Fall Colors in the Yosemite Valley I talked about in a previous post (link), later in the day, we headed up to Glacier Point to enjoy the sunset. While the sun was setting, I noticed a patch of light on a END_OF_DOCUMENT_TOKEN_TO_BE_REPLACED 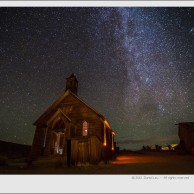 Bodie and the Milky Way

This post is part of my Bodie blog post series. Bodie is far from city light pollution. With no moonlight, the nights are dark and stars and the milky way very visible. The sky reminded me of a recent trip to Mongolia. During our visit to the ghost town, the moon rise was after 11 pm. So END_OF_DOCUMENT_TOKEN_TO_BE_REPLACED